How to help someone who is lonely 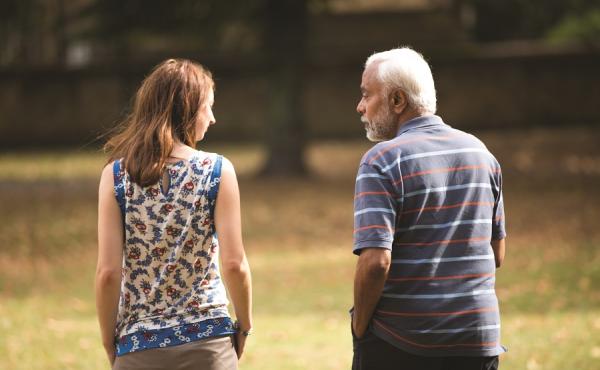 If you think someone you know may be lonely, it can be hard to know what to do, particularly if they don’t speak to you about it. Here we look at how you can support someone who is lonely and where else they can look for help.

“After Mum died I noticed that Dad didn’t seem to have any interest in anything anymore - not even in his grandchildren, music or cricket, which he’d always been passionate about. We could see he was lonely though he didn’t want to admit to it and he refused all offers of help from neighbours and friends, and even from us!

“While he wouldn’t let us do as much as we would have liked, my brother and I kept in touch by phone, visited every weekend, shopped for him, made his lunch and stayed with him for as long as we could so he had some company at least once a week. It wasn’t an easy thing to manage - we lived a long way away from Dad (who didn’t want to live with us) and both of us had young children. But if we hadn’t made the effort I don’t think he would have seen anyone from one month to the next. I still feel we didn’t do enough, but that was his choice.”

How to tell if someone is lonely

You may realise that someone is struggling with loneliness before they are aware of it themselves. They may have become more isolated recently. Perhaps they’ve experienced a life change, such as retirement, bereavement or ill health, which means they’re more at risk of loneliness.

They may not want to admit that they’re lonely, for fear of becoming a burden. You may find it hard to admit as well. But by acknowledging the situation, you may be able to help them find support.

If you know someone who might be lonely, one of the best things you can do is to show them that you’re available. Call, visit or email them regularly to keep in touch. Loneliness can be tied up with other problems like depression or grief, which may cause people to withdraw and avoid company. They may not always be in the mood to talk to you, but don’t give up on them if they don’t visit you or call you in return. If they need time alone, try to respect that while letting them know that you’re there when they need you.

Ask if you can help

If the person you’re worried about lives in an isolated location or finds it hard to get out, you could volunteer to take them out. You may be able to help them find a local charity that could help. Our page Getting around more easily has more information.

Don’t push them into doing things. But if they seem interested in an activity, you could help them work out how to get there or offer to go with them to make it less daunting. Our Staying connected page has ideas for ways they could increase their social contact if they want to.

You could ask them if they’re getting any support they might need. If they need help at home, for example, you could help them arrange a care needs assessment. You could also help them to stay active and eat well, so that loneliness doesn’t have an impact on their health.

Try to talk to them about how they’re feeling, without making them talk about any particular issue. It could be that what you see as loneliness has its roots in something else that’s troubling them. Our sensitive conversations pages have some suggestions if you’re unsure what to say.

People may feel more comfortable talking to a stranger or professional than to someone they’re close to. If it seems appropriate, you could suggest they talk to their GP or ring a helpline like The Silver Line (0800 4 70 80 90) or Samaritans (116 123).

If they have a low mood that doesn’t lift, our page If you're worried about someone's mental health has more advice.

Whatever you do, try to be reliable. Forgetting a promised phone call may not seem important to you, but for someone who has little contact with others, this can be very disappointing. If you’re extremely busy or live far away, see if anyone else can help you to make sure that the person sees or speaks to someone regularly. This could be a friend, relative, neighbour or charity volunteer.

Our advice guide If you’re feeling lonely has ideas on how to deal with loneliness and where to look for help. 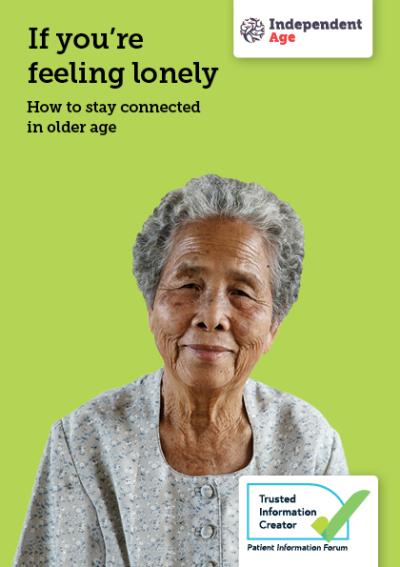 Adjusting to living on your own

Tips on living alone after someone dies

Social activities, ways to stay in touch and support services for older people.

This report looks at loneliness among older men.

Also in this section 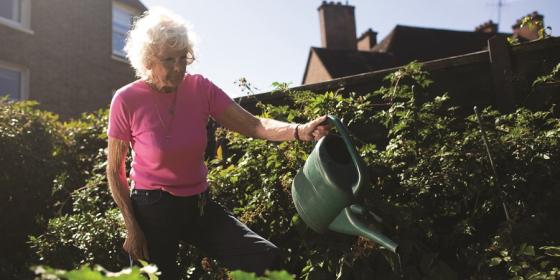 Adjusting to living on your own 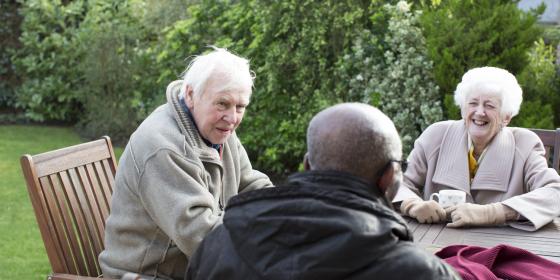 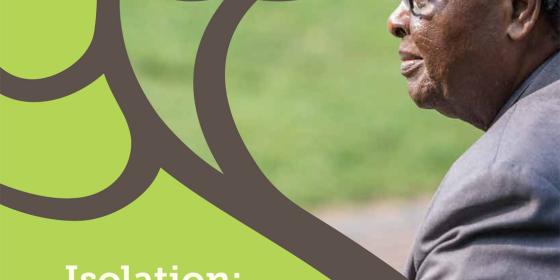