Shockingly, nearly four in five older people are not being told about the emotional support available to them following a bereavement, new research from national charity Independent Age has found.

As part of their new report ‘Grief Encounters’ launched today (Thursday 18 November), the charity says this lack of signposting is particularly concerning as evidence has shown that just 4% of people aged 65 and over who have experienced a bereavement in the past five years sought extra support outside friends and family, compared with 9% of adults aged under 65.

Independent Age is also concerned about the lack of access and availability some people experience, even when they are told about the support on offer.

Polling from the charity found of the 8% of British adults of all ages who sought extra support following a bereavement, just over half (57%) went on to receive it in a reasonable timeframe, with just over one in ten (12%) not able to access support at all.

Older people are just as likely as other age groups to experience prolonged grief disorder: a sustained period of acute grief which occurs when the ‘normal’ grieving process is interrupted.[1]

Typically 10% of people go on to develop prolonged grief disorder. However, Independent Age think this number could be higher in the context of the pandemic as restrictions placed on daily life have created barriers to grieving, such as people not having the opportunity to say goodbye or attend a funeral. This is particularly worrying as the charity’s analysis revealed that up to 318,000 people aged 65 and over have been bereaved of a partner during the Covid-19 pandemic, a shocking 14% increase on the average for the past five years.

“The lack of proactive signposting to support services for older people that we’ve uncovered is incredibly concerning, especially as we know older people are less likely to seek out this support for themselves."

“Grief is a painful and challenging aspect of life, but often older people’s experiences of bereavement are diminished or considered not as important.

“Not everyone will require additional support following the death of a loved one, but some will, and this is no less true for people aged over 65.

“The lack of proactive signposting to support services for older people that we’ve uncovered is incredibly concerning, especially as we know older people are less likely to seek out this support for themselves. It is vital that people are made aware of the support that is available to them, so they are not left to struggle alone through an extremely difficult time.

“But it’s also essential that once people are made aware, the right support is in place. Currently there is a postcode lottery of bereavement services available in England. This cannot continue. There needs to be significant investment and planning to ensure consistent good quality support options exist for those that need it.”

Everyone responds to bereavement differently and many factors can affect the grieving process. However, there are specific challenges that people in later life are more likely to experience following a bereavement. These include:

"Reaching out to Independent Age has really helped me cope with the grief. I am a people person and missed the interaction, so regularly speaking to volunteers is great"

Mike, 80, from Tyne & Wear started using the Independent Age volunteer service after the death of his wife:

“After losing my wife, I felt completely alone. I was drinking too much as I was so lonely. We met as teenagers and were married for 55 years, so suddenly being on my own was such a shock. Reaching out to Independent Age has really helped me cope with the grief. I am a people person and missed the interaction, so regularly speaking to volunteers is great. I look forward to Tuesdays when the volunteers come round, one of them is going to help me with my fitness”.

Older people interviewed by Independent Age discussed their experiences of grief and attitudes to support.

Two years ago, Russell, 74, from Lancashire, was bereaved of his life partner of 47 years who died after a series of health problems. He shared how difficult it was to experience the death of someone he’d spent the majority of his life with:

“More than most, we were together all the time. If you saw one of us the other one was somewhere near… It was 47 years, so living without her was a huge adjustment”.

Russell also talked about the benefits of bereavement counselling:

“It’s a case of accepting it, which is what the counselling helps with. Coping with it is still difficult but it makes you think – it opens your mind up to thinking beyond it. But you don’t get past it. You take it with you.”

Diana, 80, from Greater Manchester said this about counselling:

“Counselling is much more a thing that people do these days. My grandson's had counselling because my daughter got divorced and it was quite traumatic. He's had counselling and it's quite acceptable, but in our generation, it wasn't.”

Laurie described the severe loneliness he felt after his wife died:

“It's difficult, but even now I just can't take the loneliness. When I'm going up to go to bed I know there's not going to be somebody up in the bed now. I look round the house and think, ‘This is all mine now, but what the hell, I don't want it.’ It's so difficult.”

Independent Age is calling for:

“Cruse supports thousands of grieving people every year, and we know first-hand just how important it is that anyone, at any age, is able to access high quality bereavement support. For this to happen the Department of Health and Social Care and NHS England need to collaborate with charities, to ensure there is a long term plan for funding the bereavement sector.

“Alongside this, the different government departments whose work impacts bereaved people, need to work together to produce a national bereavement strategy to ensure everyone grieving is supported, respected and understood.

“Charities like Cruse and Independent Age will continue to support grieving people with the determination and care we’ve always had, but this additional funding is crucial to ensuring all bereaved people receive the support they so desperately need.” 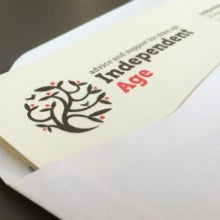 Falling further behind? Fewer older people are receiving psychological therapy than before the pandemic

People aged 65+ have the best talking therapy recovery rates of all age groups, yet too few older... 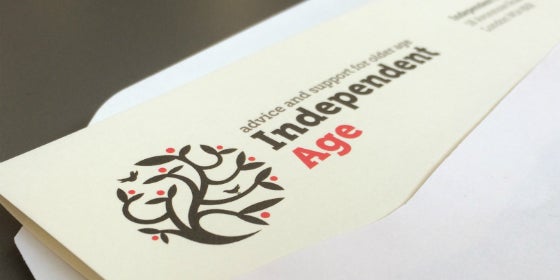 Falling further behind? Fewer older people are receiving psychological therapy than before the pandemic