Are older people more resilient when it comes to grief? 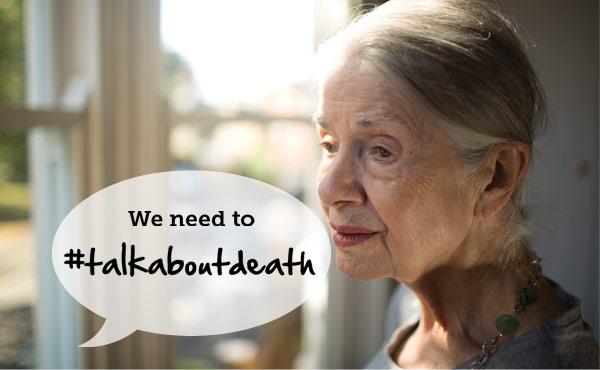 The older generation is far the most likely to experience loss, so why do so few older people receive bereavement counselling?

All too often, bereavement counsellor Petia Richardson comes up against the opinion that her skills are wasted on the elderly. ‘People tell me, “What’s the point of counselling a bereaved older person? You can’t change someone’s thinking in old age,”’ she reveals.

This curious belief – that there’s little to be gained from bereavement counselling once we’re in our later years – is surprisingly common, even amongst older people themselves.

In fact, according to recent research by Independent Age on losing a partner, fewer than 1 in 5 people over 60 have had received bereavement counselling and more than half said it wasn’t of interest to them.

This is despite the fact that older people are far more likely to experience the death of their partners, siblings and closest friends, and often report feeling ‘lost’ and incredibly lonely in their grief.

It also flies in the face of experience: the older generation has actually been found to benefit from this kind of therapy more than any other.

Older people are affected the most

This could be because over-85s are the most affected by the death of a partner, so it’s interesting that they aren’t getting all the support they need.

Petia, who has worked in a hospice, believes this is because of a widespread assumption that the closer we are to death, the more able we are at dealing with it. In other words, grieving is ‘just how life goes’ when we’re older.

She says, “It’s often assumed that older people have the resilience to cope with loss as a ‘normal’ part of later life and, as a result, they may not be offered bereavement counselling.

Often older people have experienced multiple deaths – they are likely to have lost friends and family members. Despite this, it’s wrong to assume that ‘closeness’ to death automatically leads to resilience.”

It’s true that once we enter our later years our chances of being referred for bereavement counselling actually decrease. Our research found that younger people are much more likely to be offered a referral and that, while those in their 70s might have a slim chance, the over-90s can pretty much forget it.

This hardly seems fair but, then, this age older group is the least likely to ask for help.

It turns out that younger people are much more likely to reach out for support after a bereavement, and that the over-85s were the most reluctant of all. What’s more, over a quarter of the older people we asked said they didn’t seek any help after they lost their partner, not even from family and friends.

Petia says, “Often the older client explains that they don’t want to be a burden – perhaps this prevents some people from asking for help. Some admit to feeling ‘guilty’ for taking up the therapist’s time talking about themselves. Some worry if you have come far to see them because you ‘must have more important things to do’.”

She adds, “We might remember that these are people from a generation typified by a ‘stiff upper lip’ response to life, discouraged from talking about their problems or feelings and encouraged to just ‘get on with it’.”

A big dip in self-confidence

Although this strength of character is admirable, our research found that more than 1 in 5 people said loneliness was the hardest thing to cope with after the death of their partner.

A loss as devastating as this is usually followed by a big dip in self-confidence and, sometimes, in mental and physical health, all of which makes it so much harder to form new friendships, or even maintain old ones.

Petia insists that bereavement counselling offers older people a chance to be heard and, in her experience, might be the only opportunity they have to talk to someone in their whole week. And half of the older people in our research said that their preferred way of remembering their loved one was indeed by talking about them.

But, for those facing the normal challenges that can come with older age, the benefits of bereavement counselling may be greater still.

Petia says, “At this stage of their lives, there are likely to be losses in so many areas of their lives: the loss of independence, of physical mobility, maybe of their driving licence... The thread that runs through all of these is a loss of purpose. If all of a sudden they are no longer a wife, a husband, a carer… who are they now?”

At Independent Age, we support older people with free information and advice on the practical matters relating to bereavement and also let them know about the support they may be able to access.

Nearly 9 out of 10 of those who ordered our guide, Coping with bereavement, said that their bereavement was dominating their lives.

Some described themselves as feeling “all at sea” and “being adrift”. Research has found that the length of a relationship, closeness of the partnership and how entwined two people’s lives are, can have an impact on how deeply these feelings are felt.

“Age plays a big role in how grief is experienced,” Petia agrees. “It may be different in older people but they deserve psychological support just as much as anyone else. There is something so magical about hearing someone’s story, being trusted to hold their most precious memories.

“Discovering that playful child in the 80-year-old body… still wanting to be loved, still needing to be nurtured and reassured.”

She adds, “Counselling changes lives and can give hope to bereaved older people, helping them to regain purpose and see that they matter and deserve to be as happy as anyone else.”

We’d love to know what you think. Join the conversation at #Talkaboutdeath