More than a million pensioner households across Great Britain are forced to live in poverty, owing to the government’s failure to act on Pension Credit – these are the Pensioner Households Missing Out, or PHoMOs.

Since the last General Election, the government has held on to a staggering £7 billion (£3.5 billion each year) in unclaimed Pension Credit - a figure that will increase to over £17 billion by 2022 – equating to £10 million every day. That’s according to older people’s charity, Independent Age, who has launched its new Credit where it’s due campaign today to address this scandal.

New analysis from Independent Age by Grant Thornton UK LLP has found the Pension Credit scandal to be widespread across the country, with the highest region being the North West with over 170,000 pensioner households missing out on £430 million. Even in the North East, which has the lowest number of PHoMOs, there are still 72,000 households missing out on £163 million.

Getting Pension Credit is more important than ever, following on from the BBC’s announcement that only those over-75s claiming the benefit will be entitled to a free TV licences.

The call for government action to address this injustice has been backed by both Members of Parliament and the general public. More than three in four (77%) MPs and 81% of the public agree that it is the responsibility of the current government to ensure that all older people who are entitled to Pension Credit are receiving it.

“The recent decision to limit the TV licence to only those who receive Pension Credit adds insult to injury to over a million pensioners who between them, due to government inaction, are missing out on a staggering £10 million every day that should be in their pockets.

“While pensioners miss out on an average £49 a week each, the only beneficiary is the Chancellor sitting on billions in unclaimed Pension Credit. It is the hidden scandal that is blamelessly accepted within government.

“Reform of Pension Credit is essential and it is the government’s responsibility to act. It won’t cost them an additional penny, but would transform the lives of over a million pensioner households.”

For those who receive Pension Credit, the benefits to improving their quality of life are significant.  Eve, 70, from the West Midlands said:

Older people are also calling on the government to step forward and do more to ensure all pensioners get Pension Credit, if they are entitled. Graham, an 81-year old Pension Credit recipient from the South East, said:

“£10 million in Pension Credit unclaimed a day is catastrophic… local government and central government should be doing more.”

Independent Age is calling on the public to join the Credit where it’s due campaign and urge their Member of Parliament to make government put the £3.5 billion they are entitled to receive each year in the pockets of pensioners in most need.

Credit where it's due

Pension Credit is a vital lifeline to many. It is a financial top-up to some of the pensioners who need it most, and has never been more needed than in the current cost of living crisis. With one in six UK pensioners currently living in poverty, we believe it is a scandal that this important safety net is failing. We’re taking action – join us demanding that the new Prime Minister takes urgent action to address the cost-of-living crisis. 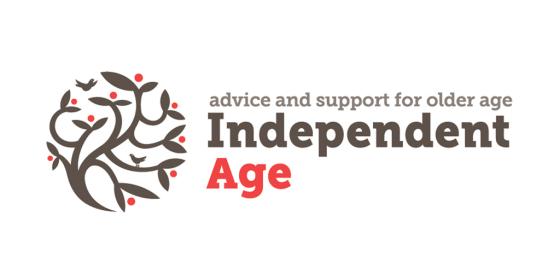 Credit where it's due