Over half of people aged 65 and over say they aren’t getting enough sex, new survey shows

Over half (52%) of people aged 65 and over say they don’t feel like they have enough sex. And almost one in three people aged 65 or over (30%) have had sex on a first date since turning 65, or would consider it. That’s according to a new survey on older people and attitudes to sex, published by Independent Age, the older people’s charity.

The survey of 2,002 older people, carried out by Censuswide and published to coincide with Valentine’s Day, reveals that one in 10 people aged 75 and over (10%) say they have had multiple sexual partners since they turned 65. One in six people aged 65 and over (17%) say one of the only reasons they would stop having sex would be a lack of opportunity.

This survey is published alongside guidance from Independent Age for older people on a range of issues about relationships in later life, be it ending a relationship or starting a new one. The guidance is available for free online at www.independentage.org/relationships.

Other findings from the survey include:

“Age is no barrier to having a sex life, and a lot of older people are more sexually active than many people may think. Strong relationships are important in later life, and ideas about friendship, romance and intimacy may well change throughout life. Close relationships can offer emotional support, and can make a difference by staving off loneliness and giving you resilience and support to get through difficult patches in life. However, sex, dating and relationships can be complex, and that does not stop when we get older. The ending of old relationships, and starting new ones, can be emotional, but they can also present financial, legal or practical challenges. To help you through this, our Relationships in Later Life guidance can help you navigate some of the issues you may face.”

The Relationships in Later Life pages include information on: 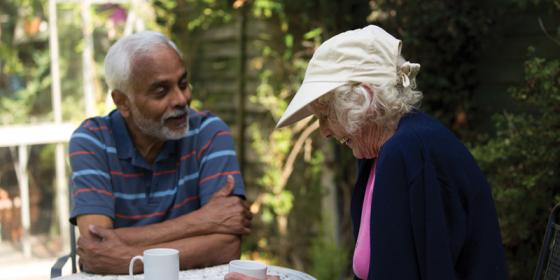