More than one in three (35%) of those aged 75 and over in Great Britain say that feelings of loneliness are out of their control, equivalent to more than 1.8 million people, and almost one in four (23%) worry about how often they feel lonely, an estimated 1.2 million people[1].

Meanwhile, almost one in three (32%) Brits in this age group would expect feelings of loneliness to last for a long time, compared to just one in five (20%) of those under the age of 65. That’s according to a new survey by older people’s charity, Independent Age, to launch their new, free advice guide called If you’re feeling lonely: How to stay connected in older age.

When asked to choose their top three triggers for loneliness, the biggest triggers among people aged 75 and over, according to the poll, were: being reminded of someone they miss (51%), being on their own for special occasions, such as Christmas or birthdays (39%), seeing other people socialising with family/friends, or staying at home due to health issues (both at 27%).

In addition to this, the survey found:

Living alone can contribute to feelings of loneliness, and according to ONS statistics, there are over 2 million people aged 75 and over living alone in Great Britain[2].

The free, unique guide is designed to help people recognise why they might feel lonely and offers tips for simple steps they can take to reduce loneliness, showing them that feelings of loneliness need not be out of their control and need not last indefinitely.

The guide includes advice based on what older people have said works for them during calls or visits from the charity. It hopes to help those who use it build confidence and learn how to feel better about themselves. Aiming to help change people’s mind-sets about loneliness, the guide provides information on topics such as how to recognise why you might feel lonely, how to help yourself and the opportunities to look out for.

Janet Morrison, Chief Executive of Independent Age, said, “People of all ages feel lonely sometimes, but becoming older shouldn’t inevitably mean that you will be lonely. It’s sad to see that so many older people don’t expect feelings of loneliness to go away and think these feelings are out of their control. By taking small steps and changing one thing at a time, it’s possible to reduce your feelings of loneliness. The new If you’re feeling lonely guide from Independent Age gives you practical advice about what you can do to help you feel less lonely."

Rachel Reeves MP and Seema Kennedy MP, co-chairs of the Jo Cox Commission on Loneliness, commented, "We know that feelings of loneliness can come at any age, and even younger people might feel like being lonely is out of their control sometimes. However, it’s clear to see from these results that older people can particularly expect feelings of loneliness to last for a long time. As we age, we can lose contact with old friends, face the challenges of retirement and have to deal with the loss of loved ones, meaning it’s very easy to end up with an ever-diminishing social circle. However, we don’t believe loneliness has to be an inevitability of old age, so having practical tips to hand can be a helpful boost for many older people when they don’t know where else to turn.”

If you’re feeling lonely is completely free to order and download from independentage.org/lonely-guide or can be ordered by calling 0800 319 6789.

Independent Age has also launched its Christmas appeal today to raise funds to help combat loneliness. To donate to the Christmas appeal, call 020 7605 4485 or visit independentage.org/xmas.

[1] If the figures are extrapolated to the general population

ComRes interviewed 1,014 people aged 18+ in England, Scotland and Wales over the phone on behalf of Independent Age between 27th and 31st October 2016. Full data tables can be found at www.comresglobal.com. All population estimates have been worked out on the basis of there being 5.208 million people aged 75 and over in Great Britain.[1]

Apply to be a volunteer

Together we can tackle loneliness and support more older people. 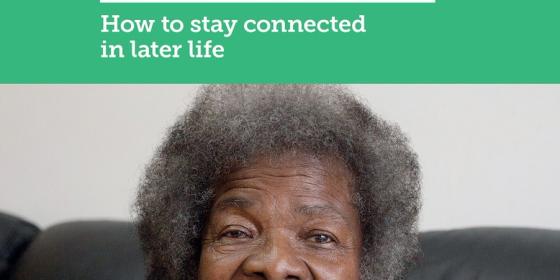 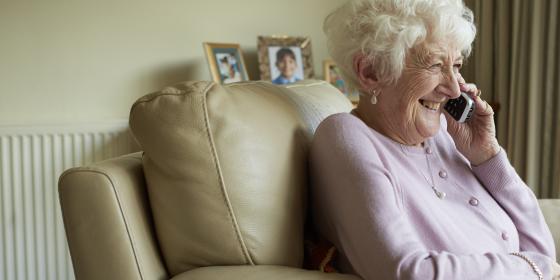 Apply to be a volunteer