Stereotyping people in later life and treating all over-65s as a single group could be damaging their physical and mental health, according to a report from national older people’s charity, Independent Age.

Through this new research, Independent Age shines a light on those who are least seen and challenges the false assumptions about people aged 65 and over, such as them all being financially secure and living care free lives.

The individuals featured in the new report - some living in poverty, others caring for family members and many living with long term physical and mental health conditions - are also likely to face significant challenges during the current coronavirus pandemic.

The report - titled In Focus: Experiences of older age in England – uses a combination of quantitative analysis in partnership with City University of London, and qualitative research of older people’s experiences, to highlight the voices that are seldom heard among those who are 65 and over.

One contributor Joan, 75, told the charity, “I thought I’d be wealthier as I got older, but it’s going the other way. I never thought I’d go downhill as I have health-wise. I walk bent over now, because of my back. I would have thought it’d happen later than it has.”

The report found that:

It is now more important than ever that these stories are told, and that policy makers and industry leaders consider the needs, wishes and capabilities of the wide range of people in later life when planning policies and programmes.

For many people over 65, the COVID-19 outbreak has magnified existing problems and surfaced new ones. A separate survey of over to 2,600 people over 65, carried out recently by Independent Age, found that almost one in eight had heard, or had been on the receiving end of, ageist language during the crisis. These misguided views have the potential to cause lasting damage to individuals, as well as sending societal attitudes towards older people backwards.

Deborah Alsina MBE, Chief Executive of Independent Age, said, “Growing older can be a really positive experience, but as this reports highlights, there are still too many people who face daily challenges. We’re currently all living through extremely difficult times, but there are groups of people in later life who are even more likely to be vulnerable, and they’re the ones we really need to look out for and listen to.

“At a time when many people 65 and over are more isolated than ever, I’ve been shocked and disappointed to see an increasing amount of negative and discriminatory language targeted towards older people during the COVID-19 pandemic.

“We need to start seeing people in later life as individuals who are valuable to society, and change how we talk about our older population.”

The report sets out six tests to apply when planning policies and programmes for older people, which the charity hopes other policy makers and industry leaders will adopt and follow. These are:

In focus: Experiences of older age in England

Read our new report and learn about the challenges facing seldom heard groups of older people in England. 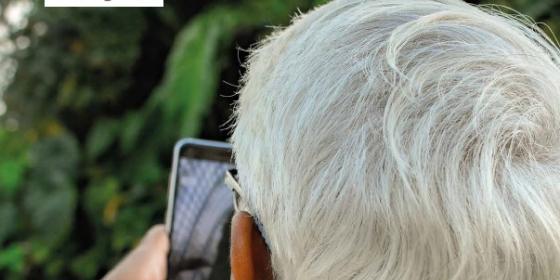 In focus: Experiences of older age in England