Many older drivers concerned about loss of identity and independence if they have to stop driving, new survey reveals

Almost half (44%) of drivers aged 70 and over say they would feel like they’d lost part of their identity if they were not able to drive. Meanwhile, for more than nine in 10 (91%) older drivers it would mean a loss of independence, and almost three in five (57%) say they wouldn’t be able to spend as much time with family and friends. That’s according to a new survey by older people’s charity, Independent Age, to promote its new, free advice guide, Behind the Wheel: Tips for safe and confident driving in later life, launched today. Independent Age worked with RDF Television who produced 100 Year Old Driving School for ITV to offer tips and guidance to some of the nation’s oldest drivers.

Other key findings of the Censuswide poll of 2,003 drivers aged 70 and over in the UK found:

According to the survey, drivers aged 70 and over first started driving an average of 49 years ago, and three in five (60%) have been driving for more than 50 years. Almost four in five (78%) older people drive at least once every other day. Men drive more frequently than women, with over half (56%) of older male drivers driving every day, compared to fewer than two in five (38%) female drivers aged 70 and over.

Geoffrey, 93, from Ipswich, who is featured in ITV’s 100 Year Old Driving School, says, “I have been driving since I was 18 and I would be lost without it. Driving means everything to me. It gives me freedom to go somewhere without asking anyone else to help. I couldn’t bear to be a burden on my family, saying, ‘Take me here, take me there.’ I would hate to have to ask and lose my independence.”

Janet Morrison, Chief Executive of Independent Age, comments, “For many older people, being able to drive means so much more than just being able to get out-and-about. Whether it’s keeping in touch with family and friends or continuing to do their shopping, driving can help maintain a sense of independence, and identity too. There are many benefits to continuing to drive into older age and, as long as they remain safe, older people should be able to continue driving for as long as they want to. It’s also vital that people who are no longer able to drive have access to information on the various options available for getting around without a car. Older people and their families who want to find more about driving in later life or options if they are no longer able to drive can order our free guide, Behind the Wheel.”

Kevin Clinton, Head of Road Safety at the Royal Society for the Prevention of Accidents (RoSPA), says, “As we get older, changes in our fitness and eyesight can affect our ability to drive safely, but there are lots of things we can do to continue driving safely for as long as possible, such as taking regular driving assessments, planning when and where we drive to avoid situations we find difficult, taking advice from our GP, family and friends, or adapting our car.”

Independent Age is one of the two charities who provided contributors for ITV’s 100 Year Old Driving School, which will air at 9pm on Tuesdays from 12th September. The three-part series follows a group of drivers aged 90 and over who have volunteered to take a driving assessment with the Royal Society for the Prevention of Accidents (RoSPA). Independent Age representatives attended the three regional hubs to talk to older drivers and their families participating in the programme about their experiences of driving, in research for the Behind the Wheel advice guide.

Behind the Wheel is completely free to order and download from www.independentage.org/driving-guideor can be ordered by calling 0800 319 6789.

To make a donation or find out more about how you can support the work of Independent Age and help older people stay independent, please visit www.independentage.org.

Tips for staying safe and confident behind the wheel.

Talking about... giving up driving

Advice for friends and family who are worried about an older person's driving. 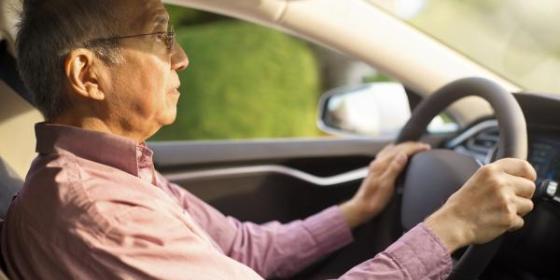 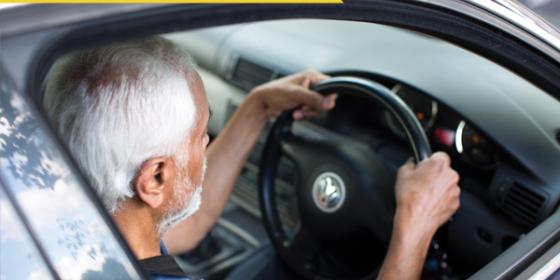 Talking about... giving up driving