Everyone needs someone who is crazy about them. But when they are gone they leave a huge hole. 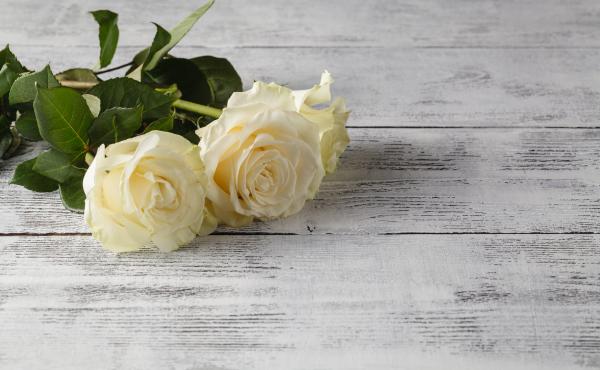 Why bereavement in later life matters.

Death is part of life – it’s the one true certainty of life. But it’s a subject we rarely broach or prepare for. And for those left in its wake it’s a muffled wrecking ball, accompanied by a fog of shock, disbelief, grief, pain, guilt, sadness and loss.

Older people are more likely to experience bereavement than any other group – of a life partner, friends and siblings. As you age it is inevitable that you will start to cross out the names in your address book.

The older people we talk to through our information, advice and wellbeing services say that the death of a partner is a very significant loss. They say that our guides ‘Planning for the end of life’ and ‘Coping with bereavement’ help them discuss these painful issues. But for many older people the experience of bereavement is overlooked. That is why we commissioned research to hear directly from them about their experiences and feelings and to figure out how their needs could be met. Because it has to be extremely painful to lose a partner of 50 or 60 years – the empty chair, the empty side of the bed, the meals for one. Having to go through the door on your own unaccompanied when once you went together. Watching the telly and turning to them to comment ‘it’s that chap from that film we loved’… only to find you’re alone.

Yet if you need much of the guidance available on the web for those suffering bereavement it talks of ‘diagnosis’ and terminal illness. The ‘tragedy’ of bereavement is often understood as people ‘gone too soon’, deprived of a future. Scenarios more relevant to pre-retirement death. As we age the likelihood of a cancer diagnosis reduces, ageing is more likely to be accompanied by a stuttering process of increasing frailty and crises, a mounting number of chronic conditions, and a general decline in health. Some partners, husbands or wives do bounce back from bereavement, some simply learn to accept or live with it, some take longer, but some never really get over it. And if they feel their loved one had a bad death – or not the one they wanted – that can make the experience much harder.

Bereavement in later life is one of the major risks for loneliness. As is being a carer and ceasing to be one. With the accompanying loss of role and purpose.

The risk attached to bereavement is that the period of grief grows and develops, sliding into a darker long term chronic loneliness. Accompanied by the consequent loss of confidence and resilience, and the risk of depression and impacts on physical health – chronic loneliness is much harder to turnaround and repair and can have detrimental consequences.

John Cacioppo, the US neuroscientist said that loneliness is like hunger - it’s your body telling you to do something. When chronic loneliness sets in, it becomes harder to respond to the warning signal. Chronic loneliness is a state of mind where it becomes easier to say ‘no’ than to say ‘yes’ to invitations, offers of help and support.

Research published by Independent Age in 2014 showed that although older men are generally less lonely than women they are much lonelier than women when widowed – suffering the double whammy of losing a loving partner and the wider social links their partner maintained with friends and family.

The research Independent Age published last week ‘Good grief: Older people’s experience of partner bereavement’ shows that older people are less likely to seek help than younger people and they are less likely to be offered referrals for bereavement support than younger people. There is a tendency for such loss to be regarded by professionals as ‘natural’ or part of life.  Reflecting the wider tendency to underdiagnose depression and mental health conditions in later life. Despite the fact that research shows that older people benefit more from talking therapies and other psychological support than other age groups. This also echoes a general gap in terms of interventions and services available for older people experiencing or at risk of loneliness – despite notable exceptions the biggest gap is in psychological support or talking therapies. And less is known about why certain people manage to withstand the transitions and triggers for loneliness and others struggle to sustain themselves. The majority of research on resilience and who fares best suggests it’s those with the close support of family and friends.

Death and bereavement are not subjects well recognised or prioritised within UK society. They barely feature in public policy. The funeral industry is largely unregulated; the NHS has little capacity for the additional 56,000 deaths occurring in hospital every year; 92,000 people (most of them older people) miss out on end-of-life care every year; there is no nationwide bereavement service; GPs have no grief training; there is no NICE pathway for grief.

Our research shows that the main players (the NHS, social care providers, care homes, voluntary sector organisations) are not well-integrated and none has overall responsibility for bereavement.  Although excellent services do exist they are patchy and highly localised – a crazy paving of provision and gaps.

In their consultations on the forthcoming Loneliness Strategy the government has shown that it understands that transitions throughout life carry the risk of chronic loneliness and that bereavement is one of those transitions, accompanied by a number of other risks in later life – like being a carer, moving into care, sensory or cognitive impairment, onset of disability or ill-health.

We would be mad if we thought responsibility for addressing bereavement or loneliness resides with government. We have individual responsibility, responsibilities to our family, friends and neighbours, and as communities.

But we believe that more needs to be done to provide support and care for bereaved older people, whether this is done through providing care to older people and their carers at the end of life, or whether it comes from GPs, health professionals or care providers. We need to ensure that we check back with those who have been bereaved, listen and understand their needs months and even years after their loss, and ensure they can be signposted to a safety net of local support.