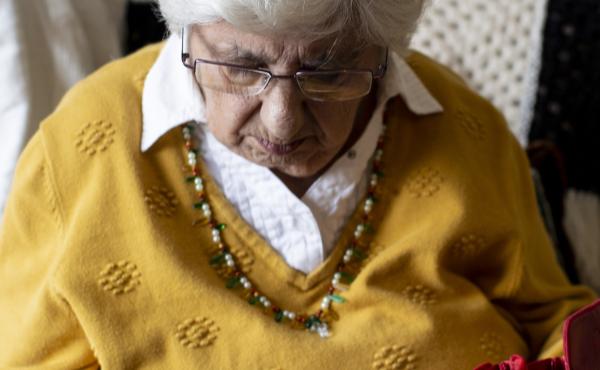 Senior Policy Officer Thomas Wilson examines the latest statistics from the Department of Work and Pensions (DWP), which show a continuing trend of low uptake.

So much can change in a year, and yet for uptake of Pension Credit, 10 years have gone by with almost no improvement. Pension Credit uptake has hovered around 60% for a decade, and the latest statistics from the DWP released last week tell much the same story.

Here are the latest figures:

Though the amount going unclaimed has gone down, due to the introduction of the New State Pension, £2.5 billion going unclaimed by those entitled to it is shocking. While Pension Credit uptake stays stagnant, pensioner poverty is on the rise. In the last five years, we have seen pensioner poverty increase to around two million older people in the UK - 16% of all pensioners. The DWP recently confirmed during an inquiry session in the Scottish Parliament that if every older person received all the benefits they were entitled to, including Pension Credit, pensioner poverty would virtually eradicated.

The lack of awareness and understanding of Pension Credit, and the huge impact Pension Credit can have on people’s lives, is something that Anisah, who is 86 years old, shared with us. She told us:

“Before I received Pension Credit I was hungry sometimes. It was very often a decision of whether I would eat or turn on the heating. Since receiving Pension Credit, it’s been a whole new way of life. I could eat better and be healthier. It changed my life, because of the other benefits that I was able to access – the optician, and dentist, and medication that I needed. There are many people today who don’t know about Pension Credit. I really think the government needs to tell us older people what is available, and what they’re prepared to do for us.”

In light of this, it is vital that the DWP take action to increase the uptake of Pension Credit. The recent awareness raising campaign taking place in post offices and GP surgeries for 12 weeks is a welcome first step, but will not go far enough to tackle the root causes of this problem.

Not a shot in the dark, but a first step

Without more targeted research and specific uptake targets, this activity risks being a one-off gesture with only short-term benefits.

At Independent Age we are calling for a comprehensive strategy to increase Pension Credit uptake, which must include:

There may also be lessons that can be learned from policy makers in Scotland, who are about to take charge of more devolved benefits from the DWP. Unlike the DWP, Social Security Scotland now has a legal obligation to increase benefit uptake. This has led to the creation of a written benefit uptake strategy, which is not something that the DWP currently has. It remains to be seen how this legal obligation will work in practice, but if it is successful then it could provide a model for the DWP to follow.

We must also look again at the question of automation, a topic being hotly discussed in Scotland. The DWP piloted automated payments for Pension Credit in 2010, and concluded that it was not workable, due to inaccurate payments being made. However, there may be a role for automated targeting, for example, those with a low state pension being specifically contacted to alert them that they may be eligible for Pension Credit. The DWP has estimated that five people would have to be contacted in this way for every one extra person to receive Pension Credit, but that could prove to be cost-effective compared to other options.

If you’d like to support our work to ensure that more people receive the Pension Credit they are entitled to, you can join our campaigns email network by signing up  or find out more about the campaign.

And if you would like further advice about how to claim Pension Credit, including the additional benefits it can unlock, you visit our information pages.