Why the reticence to protect older people from abuse? Ageism. 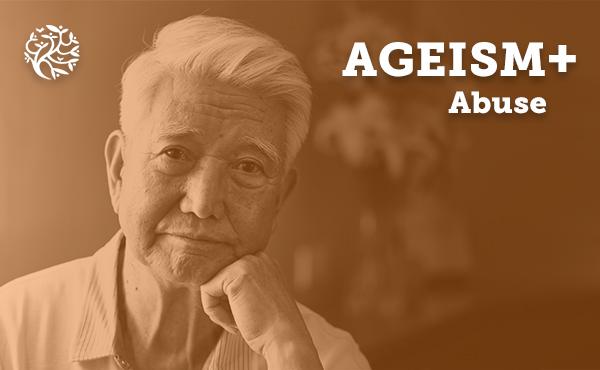 Isn’t it time we started prioritising the rights of older people to live a life free from abuse?

What is elder abuse?

When we consider elder abuse, it is always useful to start out by asking what it actually is. Let’s keep it simple and go with this definition:

‘A single or repeated act or lack of appropriate action, occurring within any relationship where there is an expectation of trust, which causes harm or distress to an older person’.

"It is estimated that a million older people across the UK are now victims of abuse in some form every year. Just think about that for a moment - a million victims every year. But does ageism play a part?"

Let’s look at societal attitudes to elder abuse. In 2017 Action on Elder Abuse canvassed 3,000 members of the public to gauge support for greater punishment for perpetrators and the results were startling. 95% of people agreed (40%) or strongly agreed (55%) that older people are specifically targeted for abuse due to their perceived physical frailty or mental vulnerability.

Furthermore, 96% of people think perpetrators of abuse against older people should receive tougher sentences than those typically handed down by courts at present, such as community service or suspended sentences.

"So, if we take those results as representative, the overwhelming majority of the public believe that elder abuse is abhorrent, that older people should be better protected from abuse and that those committing abuse should be held more accountable than they often are."

This does not necessarily play into a narrative of societal ageism, but that’s not to say it isn’t the case. It is the job of others to draw out the truth about our attitudes to older people and how we view them.

"Instead, let’s look at what we consider to be the greater issue of ageism as it relates to abuse – institutional ageism from government and statutory bodies."

Nobody needs to be told about the difficulties faced by official bodies dealing with the ongoing swingeing cuts resulting from the government’s commitment to the doctrine of austerity over the last decade. It could be argued that everybody has lost out as a consequence but who has fared particularly badly?

The impact on older people

Out of sight, out of mind

Sure, we see the outraged great and the good of the political world pop up in our newspapers and on our televisions when the media chooses to occasionally report on individual cases of abuse, despairing about an issue that has reached epidemic proportions in this country. And then it is forgotten about until the next time.

"But there seems to be a reticence to protect older people."

We are not pleading for preferential treatment for older people. This isn’t about portraying older people as vulnerable or weak, any more than we believe victims of domestic abuse are weak and vulnerable. This is about seeking a level playing field.

"It is about older people being treated as equal to others and their rights to living free of abuse being supported."

As long as that is not the case then what else can we call it? It is ageism.

Stephen McCarthy is the Director for England for Action on Elder Abuse.

Have you been affected by these issues?

If you have been affected by any of the issues described in this blog, or simply need someone to reach out to, you can call Action on Elder Abuse on 080 8808 8141.

You can also call Independent Age’s freephone helpline for information and advice on 0800 319 6789.