How wonderful to be an openly gay older man

A positive account of growing older from Maurice, a gay, HIV positive man.

Comfortable in my own skin

As chair of a community LGBT older people’s group, I am all too familiar with the combined issues presented by ageing, physical and mental health deterioration and being LGBT. However, in this instance, I would like to narrow this down to a few words from a personal point of view. At the age of 76 and three quarters, I feel comfortable in my own skin, and perhaps might present a positive example of growing older.

Amongst the many experiences I cherish, being a founder member of the local Live Age Festival is high on the list along with my active membership of the Ages and Stages Theatre Company based at the New Vic Theatre in Newcastle. For close on a quarter of a century, I have also been the resident organist at Holy Trinity Burslem, as well as playing an active part in the cultural life of the area for even longer.

I was given six months to live

Independent Age speaks of the ‘double whammy’ of discrimination from being older and LGBT. I am not alone in facing multiple health issues: some members of our group have to cope with diabetes, dementia and various forms of cancer. In my case HIV and AIDS were my principle concerns for many years.

I have lived with HIV since 1984 when there was no treatment and scant support; I survived an AIDS diagnosis in 1994, when I was given six months to live. Now, I never cease to wonder at the transformation that has taken place… HIV has gone from being a virtual death sentence to a manageable chronic disease. Personally I have witnessed the extremes of despair preparing for an imminent death to elation on gaining two Honours Degrees with the Open University and passing grades 6, 7 and 8 ABRSM organ exams with merit. 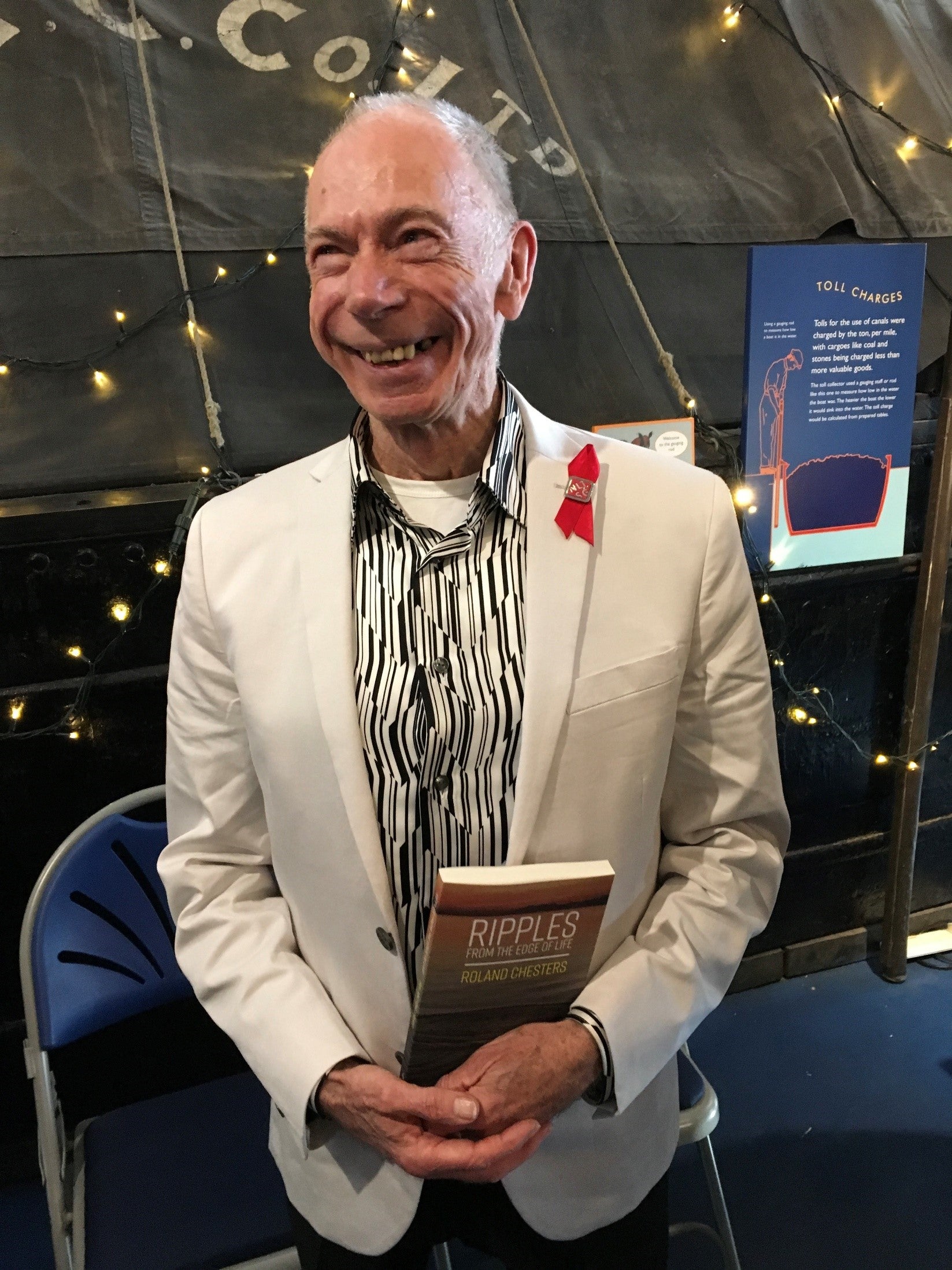 It is hard to express just how wonderful it feels to have the confidence to speak out comfortably as an openly gay older man living with HIV. Of course, this confidence did not arrive overnight but was built up over many years. The first step was opening up to the congregation at church. Their positive response encouraged me to speak to the local press and radio.

Finally, empowered by amazing support from friends and family, I embraced national newspapers and live television. Earlier this year, I attended an uplifting book launch at the London Canal Museum, where I read an excerpt from my contribution to Roland Chester’s book, ‘Ripples From the Edge of Life’. A more life-affirming occasion, I cannot imagine.

In 2004, I celebrated 20 years of living with HIV by going on an adventure to New Zealand on the far side of the planet. I fell in love with the country and returned year after year to explore its astonishingly beautiful landscapes and captivating wildlife.

Later, Australia presented opportunities for even bigger adventures, and for the past few years, I have begun to explore countries in the Far East like Vietnam, Thailand, Indonesia, Hong Kong, Singapore and the Philippines. Whilst I never tire of visiting new places, it is meeting people, making new friends and reuniting with established friends that provides the greatest joy.

I feel extremely fortunate… and eternally grateful for the abundant kindness and love bestowed on me.

If you have been affected by any of the issues described in this blog, or simply need someone to reach out to, you can contact Switchboard, the LGBT+ helpline on 0300 330 0630 10am-10pm every day, or by email at chris@switchboard.lgbt

At this time of year, it’s traditional for us to make New Year’s resolutions and I’m sure that the...

How did Independent Age approach the 2019 General Election to keep older people's issues at the top...