Attitudes to dementia must change 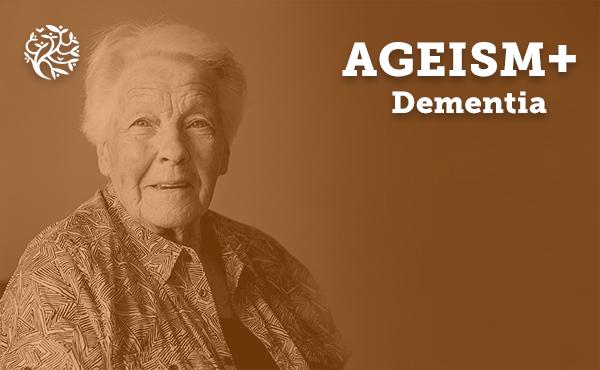 Bridget talks about the difficulties she faced in getting a diagnosis of dementia for her husband Vincenzo, and the challenges of other people’s attitudes.

When my husband Vincenzo was diagnosed with Alzheimer’s five years ago I wrote to tell one of his closest friends. They had worked together for 40 years. I emailed saying, ‘Please stay close,’ and he disappeared. It was a gradual process.

We used to have lunch together regularly at ours or at theirs but the gaps between became longer and longer. There were more and more excuses.

I was so hurt about it after all those years and I am sure Vincenzo was upset about it too. Now I tend to put up a barrier. Before I tell someone I think, ‘Will I be able to communicate with them about it?’ I let them form their own opinions about Vincenzo when they meet him. Maybe they sometimes think he’s old and forgetful.

Vincenzo’s own doctor is good but with other health professionals I get the impression they don’t get any training in how to deal with dementia. We had one particular case where he had to go to a heart specialist. The doctor was talking to him and the information was quite complicated. I said, ‘You do realise that he has Alzheimer’s?’ and then the doctor just ignored Vincenzo and talked through me, which wasn’t what I was trying to say. They are not tuned in with how people with Alzheimer’s should be treated and you would expect them to be.

I knew for quite a while that there was something that wasn’t normal.  At the time we were downsizing but everything was left for me to do. We were part of an Italian community and I knew he couldn’t interact with them anymore. I didn’t want them to see him deteriorating. They were all very respectful and appreciative of the work he had done.  It would have been difficult if he started not to recognise them. It wouldn’t have been appropriate for them to know about his illness as it was a very closed community and there was a tendency to gossip.

It’s a dilemma whether you tell people or you don’t because of the preconceptions of how they think they are going to communicate with the person with dementia.

I wasn’t listened to

Vincenzo was diagnosed at the age of 74. He had always suffered from depression but then his symptoms changed. The doctor we had then just kept on giving him higher and higher doses of antidepressants. The doctor we have now was horrified when he found out and gradually reduced the dose.   He was then put on appropriate medication for Alzheimer’s which does not cure, but keeps the patient on a plateau.

At the beginning, when I knew there was something wrong, it was very difficult to get a diagnosis.

It took nearly a year and a half to be listened to.

I remember our GP saying, ‘Let’s deal with the physical side’ and I said, ‘You promised to do something about the other symptoms as well. It was a battle. When we finally got the diagnosis he said, ‘Didn’t we do well?’ What could I reply?

Attitudes to dementia must change

I think that attitudes to dementia are so wrong. Dementia is not a natural process of ageing. It’s something different. Everyone ages differently and we need to understand the difference between that and the actual condition so that the patient can be given the right medicine and the proper help.

I think there’s a perception that people with dementia have no quality of life or capacity for pleasure but it’s not true if they get the right help and are pointed in the right direction.

There’s a perception that if you get dementia, that's it. It’s a mental block with some people and they believe there’s nothing that can be done and that’s simply not true.

You can still have memories through music, singing, old photos and all sorts of different experiences. The person with dementia may not express pleasure, but you can sense that they are getting pleasure from it. Finding a group of Italian people who either speak Italian or are learning it has made such a big difference to Vincenzo. He is able to speak with them in his own language and tell them all sorts of interesting facts about his country and growing up there. It’s so wonderful to see the difference in communication. These people do not know he has Alzheimer’s.

If you have been affected by any of the issues described in this blog, or simply need someone to reach out to, you can call the Alzheimer's Society helpline for information and advice on 0300 222 1122 or ask a question on their online community 'Talking Point'. If you are a carer like Bridget you can also contact Carers UK at 020 7378 4999.