Addressing the stigma around dementia 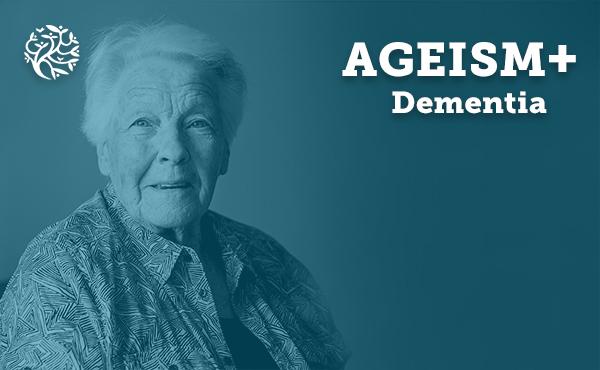 Dementia is one of the most feared and misunderstood health conditions. Here are some reasons why.

Getting a dementia diagnosis can be devastating for many people, as they realise that their plans for the future may need to change. A recent survey conducted by Alzheimer’s Society for our ‘Turning up the volume’ report showed that over four in ten people (44%) agreed that dementia is the health condition they most feared developing.

In addition, more than half (56%) of the public who do not have dementia agreed that if they had dementia they would feel that their life was over.

In the UK there are 850,000 people living with dementia – this number is set to rise to over 1 million by 2021. The term dementia is used to describe a set of symptoms, triggered by diseases of the brain, which cause a loss of brain functions. Everyone experiences dementia differently but some of the most common symptoms include memory loss, confusion and difficulties with speech and understanding. Often, the changes tend to start small but gradually get worse over time, eventually affecting a person’s daily life.

Dementia or “natural” process of ageing?

Many of the conversations we had with people affected by dementia emphasised people are often confused by or don’t understand dementia – or even know how to talk to someone living with it. This confusion leads to stigma for people with dementia. People often either underestimate or overestimate the implications of living with dementia.

Some people mistake symptoms of dementia as a natural process of ageing and often think that dementia is only about having difficulties with one’s memory.

Others, on the other hand, assume that living with dementia means that someone is unable to live independently – but many people with dementia do for many years. Either position can feel frustrating for people affected by dementia as they either may have to “prove” they have a serious health condition that requires attention and care, or that they are not ‘gone yet’ and still capable of taking part in life.

The most important effect of these attitudes, however, is that they are often internalised by people living with dementia. They can feel ashamed of their condition or their difficulties to do things they were able to do.

Shame is very powerful. It silences and increasingly isolates people. Raising the issue of dementia can cause sudden silence in the room. Nearly a fifth (17%) of the public we spoke to, voiced they would feel fairly or very uncomfortable ‘if someone I knew told me they have dementia’. Many people have a negative view of dementia. This can make those affected feel worthless and without purpose. People with dementia can therefore deny their health condition.

“A very good friend of mine is afraid to come and see me. I have contacted him, but he hasn’t got back to me. A couple of people are a bit wary of me because I’ve got Alzheimer’s and they are afraid of what it might be.”

Our ambition is to change the conversation on dementia. We want people with dementia to live in communities that support them, where the public are aware of and understand dementia, and we have ended the stigma that people face today. We must end a culture where people with dementia are treated as second class citizens, moving towards one where their rights are upheld and respected.

Many people who attend Alzheimer’s Society’s ‘Singing for the Brain’ groups, or our Dementia Cafés affirm how safe and happy they make them feel. Alongside these spaces dedicated to people living with dementia, our dementia friendly communities aim to make our communities, public spaces, and businesses more inclusive for people with dementia.

This starts with helping the public understand what dementia is and how it affects people. Through an increasing understanding of dementia we can challenge and reduce stigma, and enable people affected by the condition to live well in supportive communities. People with dementia must be shown the same attitude as someone with any other health condition: respect and compassion. We can change the landscape of dementia forever if you join us.

“With a little bit of support, stimulation and encouragement, most people with dementia can do it.”

To unite against dementia and find out more about our work and the support we offer, please visit: www.alzheimers.org.uk

Nil Güzelgün is a Policy Officer at the Alzheimer's Society.

If you have been affected by any of the issues described in this blog, or simply need someone to reach out to, you can call the Alzheimer's Society helpline for information and advice on 0300 222 1122 or ask a question on their online community 'Talking Point'.